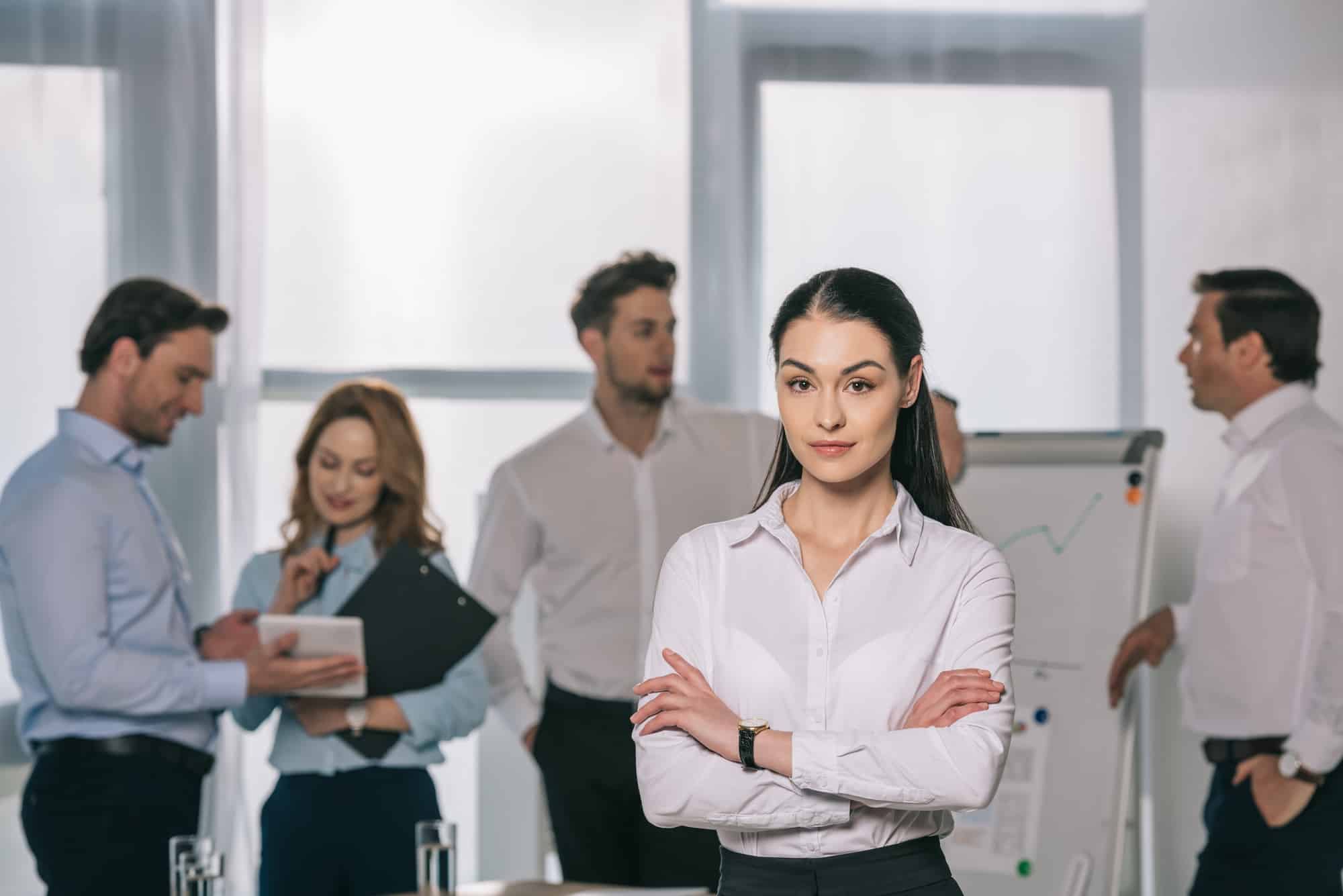 The concept of a “servant leader” seems idiosyncratic. How can you be both a servant and a leader? It can seem oxymoronic, but servant leadership is nevertheless a leadership style—and a growing one, at that. The rise of servant leadership has become popular in recent years, and it’s only growing more popular post-pandemic, as the needs, wants and expectations of workers change.

Servant leaders are in high demand right now—particularly for C-suite positions. The ability to lead with empathy and advocate for the success of subordinates is a prized trait in pivoting companies. Moreover, servant leadership doesn’t end with the pandemic. As social movements pave the way for broad culture shifts, companies need servant leaders at the highest level to set the standard for a culture of empathy.

What does it mean to be a ‘servant leader?’

When you think of an organizational structure, it’s traditionally a pyramid. Few executives are at the top, with a middling population of managers and a broad base of general support staff. The idea is that few decision-makers lead the larger group.

Servant leadership flips this model upside down. The inverted pyramid puts leaders at the bottom, making decisions as the needs of broader staff distill down to them. In this way, servant leaders are true advocates for the people they represent. A servant leader doesn’t hand down directions, so much as listen to the needs of employees and make decisions based on those needs.

Robert K. Greenleaf coined the term “servant leader” in a 1970 essay on empathy and leadership. His idea was simple: to lead is to serve. Servant leaders need to dedicate themselves to improving the people, communities and groups they’re part of. According to The Robert K. Greenleaf Center for Servant Leadership:

“A servant-leader focuses primarily on the growth and well-being of people and the communities to which they belong. While traditional leadership generally involves the accumulation and exercise of power by one at the “top of the pyramid,” servant leadership is different. The servant-leader shares power, puts the needs of others first and helps people develop and perform as highly as possible.”

There’s a sea of great CEOs and other executive leaders out there. But not all great leaders are servant leaders. Servant leadership goes beyond bolstering profitability for the company or leading through a successful restructuring. Servant leadership comes from creating a culture of empathy across the organization, and fostering success that’s employee-driven.

Perhaps the best example of servant leadership is Southwest Airlines. Under the direction of founder Herb Kelleher, the airline became well-established as an employee-first organization. The company frequently listened to the voices of its staff and instituted policies brought forth by people at every level. The result? Extremely low turnover and an engaged workforce that constantly innovates. From a company success standpoint, Southwest also enjoyed more than 35 consecutive years of profitability—an impressive feat in its own right and an unfathomable prospect in the aviation sector.

Southwest is far from the only example. Other highly successful companies employing a servant leadership approach include Starbucks, Marriott, Zappos, the Container Store and many others.

Why servant leaders matter for the C-suite

Company success starts at the top. Good leadership sets the tone of organizational success—whether that’s through the company’s mission or in the values it establishes. The tone and tendencies of executives ripple through the ranks. Servant leadership at the highest levels sets a tone for employee empowerment, that includes interim CEO’s.

Consider an entry-level marketing professional. If they feel heard, acknowledged and empowered by their manager, they’re poised to succeed and do their best work. The manager who advocates for this entry level employees needs to feel supported themselves—and they will if they know the Chief Marketing Officer stands behind them. This top-down show of support reaches through the company and promotes strength and stability at every level.

Beyond throughput and productivity, servant leadership in the C-suite also improves culture. People want to work at a company with stellar leadership! Attracting, retaining and nurturing talent comes from catering to it. Servant leaders see the potential of every employee at every level, and set the tone to foster it.

How to embrace the servant leader mindset

Becoming a servant leader is as simple as asking yourself one question: “how can I help you succeed?” These leaders see their success reflected in the success of others. When she presents record results from a new product rollout to the board of directors, the CMO may get the credit—but she knows that credit is due to the team who organized, produced and executed the project. Their success is her success.

In simpler terms, servant leaders put themselves second. They recognize that their one true role as a leader is to lead. Sometimes, this means leading from the front—getting right down into the trenches and working alongside the team to achieve a common goal. Other times it means leading from the rear—working behind the scenes to provide support and enable success. No matter the approach, servant leaders focus on empowering others.

A company with a C-suite full of servant leaders is one that’s poised to find success, no matter the circumstances. It’s because, despite the odds, everyone in the organization will feel supported, empowered and motivated to achieve. It all starts at the top.

One thought on “Servant Leadership at the C-Suite Level: Leading With Empathy”